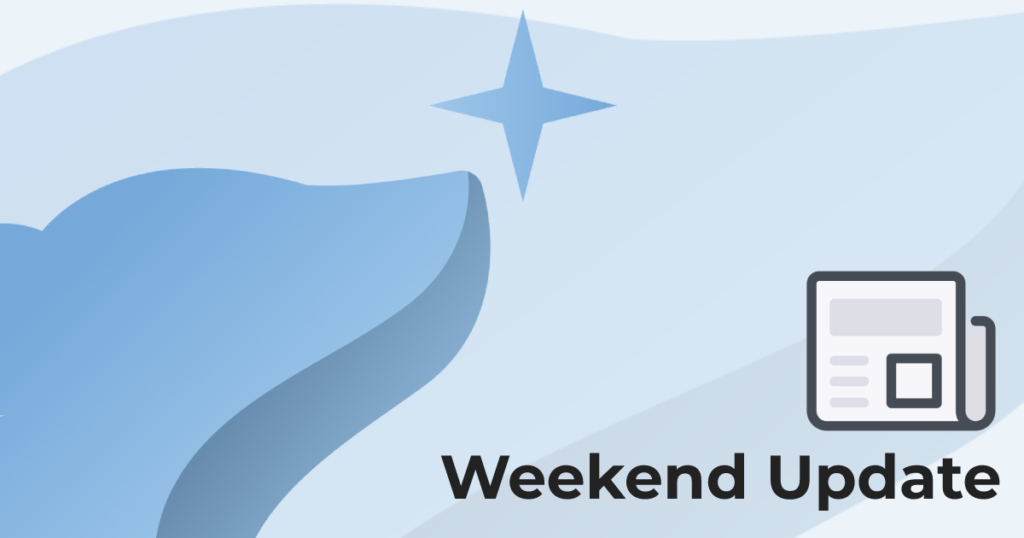 Weekend Update recaps market highlights and major news from Ursa’s portfolio. Not on Ursa yet? Download Ursa from the App Store!